back Enjoy discovering the Römerregion Chiemsee!

A word of introduction by the honorary chairman 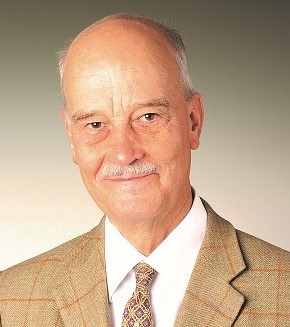 The Bavarian pre-Alps are one of Germany’s favourite leisure and recreation regions. With its scenic mountains and lakes, fine restaurants, picture-book villages, and richly decorated churches and monasteries, the alpine foothills between Lake Constance and the River Salzach yearly attract visitors from all over the world. Besides all this, the Chiemgau region has an additional, unique attraction to offer: its Roman heritage. Each of the communities around Lake Chiemsee boasts Roman settlements, country estates, and farmhouses, with the region’s largest Roman village, BEDAIUM, situated in present-day Seebruck!

With good reason, the Chiemgau has been called a “Roman pleasure region”. Some 2000 years ago, after it had become part of the Roman Empire, wealthy Roman officials from cities such as IUVAVUM, modern day Salzburg, settled on the shores of Lake Chiemsee and built luxurious country residences with mosaic floors, painted walls, and warm baths. With them came farmers who built more rustical estates or farmhouses for intensive agriculture. On the Roman road from Salzburg to Augsburg, merchants transported wares from everywhere in the Empire. Skilled tradesmen worked the locally produced Noric iron. Numerous instances of local Celtic names on Roman gravestones indicate that the pre-Roman population lived in peace with the Roman settlers and adopted their customs.

The decision of the eleven Chiemsee municipalities to join in bringing the hidden remains of this Roman heritage back to life is a splendid initiative and contributes a unique historical aspect to the rich cultural and touristic attractions of the Chiemgau Region. With its insights into flourishing peace-time life in the Roman province, the exhibition offers an important counterbalance to the predominantly military perception of Roman rule in Germany, as embodied by the Limes.

The adventures of Annilio and Marcus, a Celtic girl and a Roman boy, also offer younger visitors an informative and entertaining introduction to the region, accompanying them on a tour of selected Roman sites around Lake Chiemsee. The illustrations and texts present well-founded historical and archaeological knowledge in a form suitable for children.